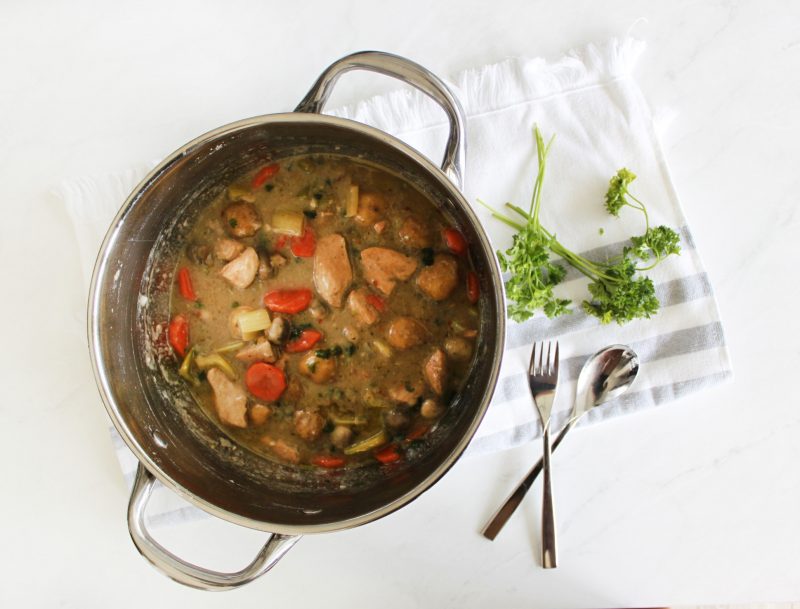 K, you guys are going to DIE over this recipe once you make it, because not only is it healthy as shit, but it makes you feel all warm and fuzzy eating it. To be honest, I should’ve discovered this recipe in the winter, because it would really give you ALL THE FEELS. But whatever. It’s SO good, I’ll eat it anytime.

After having the busiest weekend of life, I had to whip up something quick last night because I hate buying lunches during the week. There’s just something special about making your own food and thoroughly enjoying it. Plus, you know ALL the ingredients that are going into your food. SO KEY.

Anyway, it took me a little over an hour to create this beautiful meal. I know it seems like a long time, but an hour is really not long when you’re basically letting it simmer for like 40 mins.

Start by cutting your chicken into bite size pieces. Then season them however you want. I added salt, pepper, garlic powder, and some Mrs. Dash Italian seasoning.

Chop up all your veggies so that they are ready to throw in the pan.

Get a large pot and add in some canola or vegetable oil. Throw in your chicken and cook them for about 6-7 mins or until brown and almost cooked. Take them out of the pot and plate them for now.

Throw in your chopped up yellow onion and garlic to the pot. Stir them continuously so that they do not burn. Keep stirring until the onions are soft and brownish.

Let it simmer for about 6-7 minutes and then add in 4 cups of chicken broth to the pot. If you need to add more flour for thickness, do it now.

Let this simmer for about 10-15 minutes and then add in all your chopped up veggies including your potatoes.

Add some more salt and pepper. I also added chilli flakes at this point because I like it a bit spicy!

Lower your heat to medium-low, and cover the pot partially, and let it cook/simmer for 20 minutes or until your potatoes and carrots are soft.

Once it’s all cooked, throw in some parsley for garnishing.

Serve in a bowl and ENJOY!!

Honestly, this was the easiest meal to cook and one of the yummiest I’ve ever made. It was actually my first time making a stew and I if I do say so myself, I totally killed it!

K, who loves a good stew? You can also switch this up to be a beef or veggie stew as well!

Do you guys want to see more recipes on the blog? Make sure you’re following on me on Insta, because I usually do lots of step-by-step stories whenever I’m cooking. 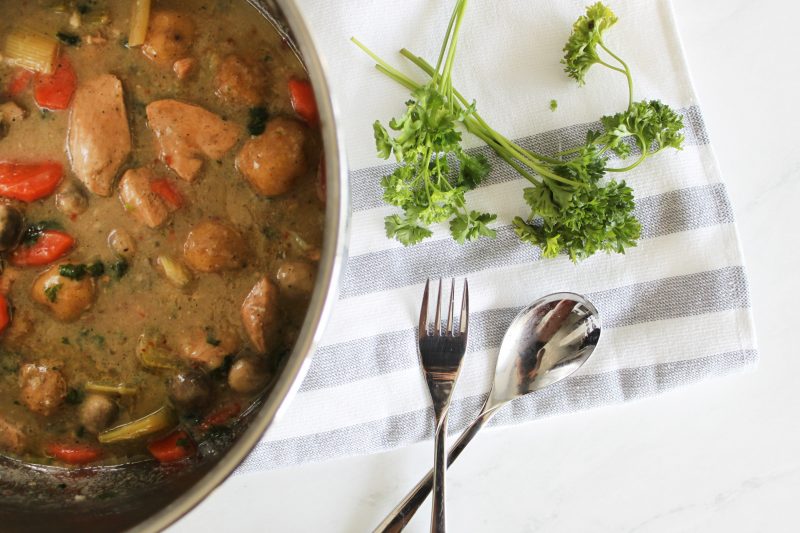 4 WELLNESS TIPS FOR RELAXING YOUR MIND.

Hi hi hi! How's everyone?! This week/weekend FLEW BY! If you guys were following along...