"> HOW TO BE A BADASS BOSS BABE. | The Chic Confidential 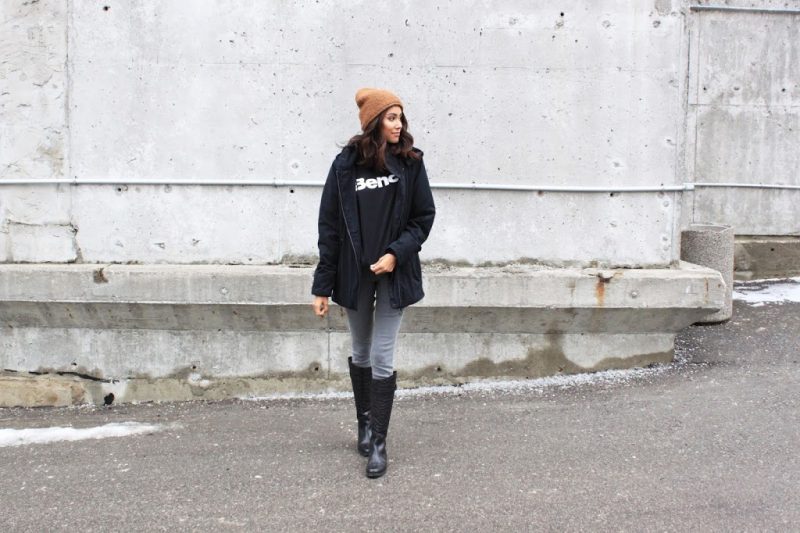 It’s no secret that 2018 is going to be the year women make it in the BADASS BOSS WORLD. Not to say that other years they weren’t, but with everything going on, I feel like this year, women will make an impact. No? #TimesUp.

We’re seeing women speak up more, sharing their opinions, female celebs are voicing more than ever before, we’re seeing more women entrepreneurs, etc. Which is A GREAT THING.

The common denominator that all these women share, is confidence.

It’s a trait that they need to have.

Are you a confident badass? If so, this post isn’t for you. Carry on being amazing.

If not, read on. Because I’m sharing a few tips on how to get there. Some people are born with the confidence gene. And others have to work on it.

Confidence is contagious. When you see a confident person walk in a room, their energy just exudes through their pores. Like, you want to befriend that person, and catch some of their confident vibes. No? Anyone else feel that way? There’s something amazing about seeing someone 100% comfortable being themselves. They don’t feel the need to act a certain way, or behave any differently. They are happy being EXACTLY who they are.

In this world we live in, where social media is present everywhere we go, it’s slightly harder to be confident. Social media can be a real confidence-killer, TBH. But, instead of feeling sorry for yourself, GET YOUR GROOVE BACK. Block out the bullshit, and carry on.

I’ve said this before on The Chic Confidential, and I’ll say it again.

It’s easy to get distracted with what other people are doing. Their successes, their accomplishments, their lives. In fact, even when we don’t want to know about others, sometimes, we can’t get away from it. Facebook, Instagram, Snapchat etc. just throws it in your face. So, we have to FOCUS. ON. OUR. OWN. SHIT. Don’t compare yourself to next door Nancy. Go at your own pace, and work on being a confident badass. Because there’s no limit of the number people who can be badasses. We can ALLL achieve greatness. Instead of comparing, be happy for them. Genuinely rejoice in someone else’s success.

[ STOP MAKING EXCUSES FOR YOURSELF ]

“I don’t have time to read, because I work too much”

“I just don’t have the time”

Don’t make excuses to the friend you don’t want to see. Life is short. Don’t see them if you don’t WANT to. But don’t say it’s because you don’t have the time. It’s very easy to make excuses. It’s MUCH more difficult to think of reasons why you should be doing something. But kick your butt into gear, and do the things you’ve been putting off! Because, unless you’re the President of the United States, you have the fucking time. 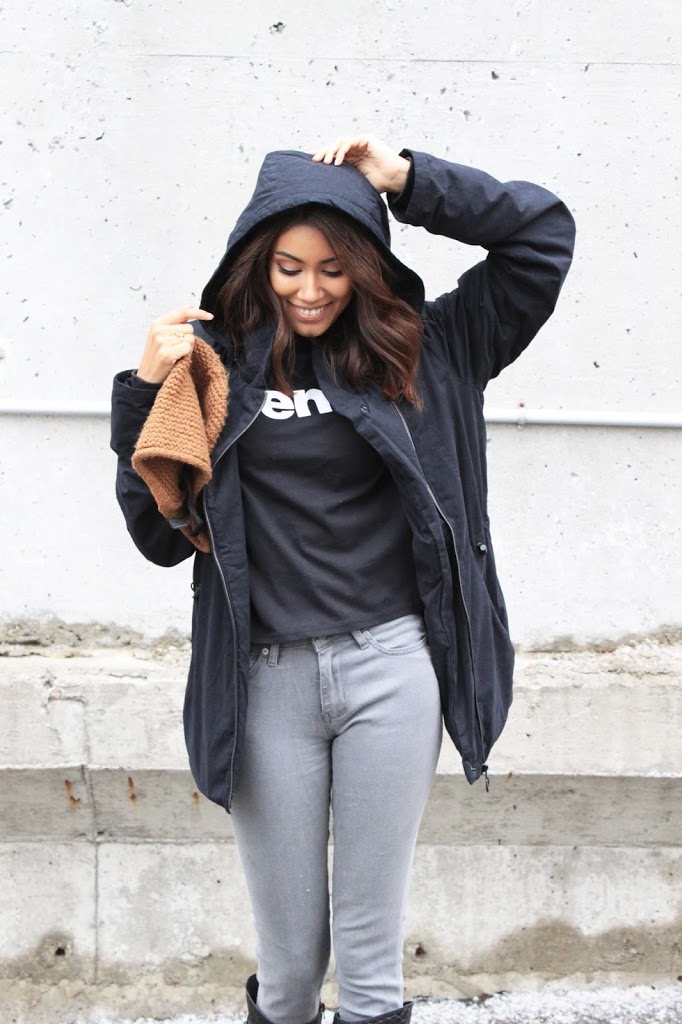 [ STAY AWAY FROM NEGATIVE ]

This is an easy one. I’ve said this 8990374875 times. Cut that shit out. You just don’t need that in your life. I’m not saying you will get rid of every single negative person in your life. Because realistically, there are way more negative people than positive people in the world. So, you’ll never avoid them. But you CAN block out the negative. Befriend positive people – people who will push you to do better, people who will praise your small business ideas, and help you take it to the next level. Negative people will laugh at your crazy ideas, and tell you to be “realistic”. No thanks.

Be the kind of positive person you want others to be. Nothing is better than a room full of positive people. And don’t get me wrong – you don’t have to be positive every single day of your life. There are days where I just don’t want to get out of bed or do anything. (Usually due to the gloomy weather) BUT I’m not using the weather as an excuse. See what I did there? 😉

You know what I really, really hate? When a confident boss babe, is a total b**** in real life. Like yes, they’re confident, powerful, well put together, sassy, classy, and all other great things, but why are you a miserable bitch? Can you not be kind? I’m thinking of Miranda Priestly and Emily in The Devil Wears Prada right now. But, we LOVE them.

Really though, be kind. No matter how successful you are, BE KIND. I get a lot of DMs from new bloggers on Instagram asking me questions about the industry, and how to succeed or what they can do to grow their Instagram following. (I’m no expert) But I always shed my two cents and give them as much advice as I can, and I usually get a response back saying something like “WOW, thank you so much for responding, I don’t normally ever get a response back when I ask for advice/help.” Like, WHATTT?!?! Who are these people/bloggers that aren’t responding? RESPOND. Even if it takes you a few days to respond, you should still do it.

Overall, be fucking kind. It doesn’t take much. How awesome would the world be if we were all confident-kind-badass-boss babes?! LOL. It’s a mouthful, but it would be SO COOL. 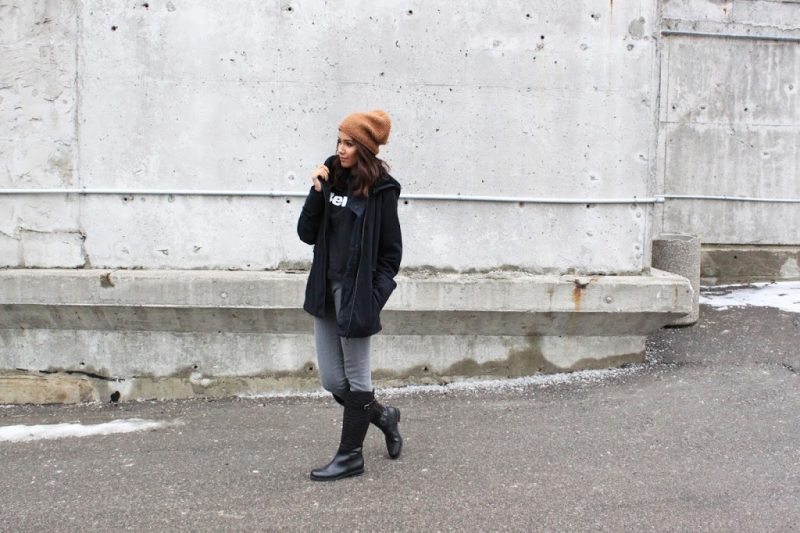 Anyway, how are you guys?! Who watched the Grammy’s? Blue Ivy’s moment was hilarious, Kesha and Lady Gaga killed it on stage, and let’s give it up for Alessia Cara because she’s Canadian and totally adorable. We also can’t leave out Elton John and Miley who we’re amazing.

OH. If you haven’t entered the Instagram giveaway yet, GO NOW. I’m giving away three ice rollers!! All the details can be found here. Super simple to enter, so you must all do it.

// SHOP THE POST //
Jacket – Bench Canada
T-Shirt – Bench Canada
Boots – (sold out!) SIMILAR
++ More posts like this: Getting and Staying Motivated. | Do What Makes Your Soul Shine. | How Are We Handling Stress. 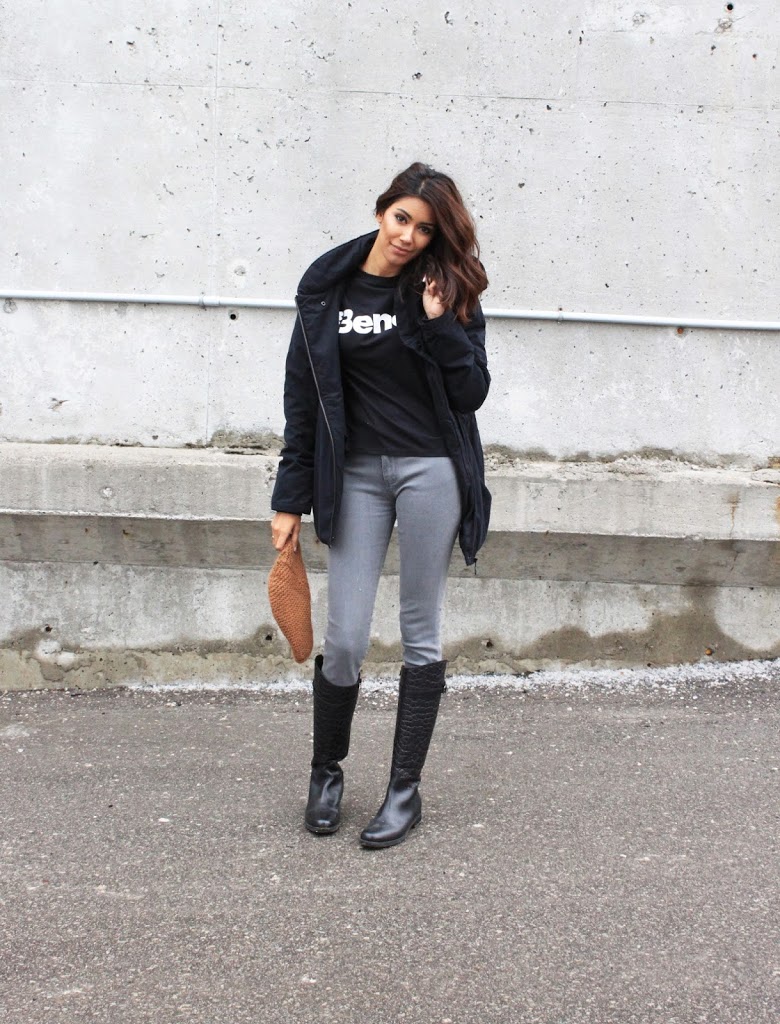 Photography by Victoria Jmourko.
This post was in collaboration with Bench Canada. As always, all opinions are my own.

Okay, let’s dive right into skincare. Because it really is one of my favourite topics....